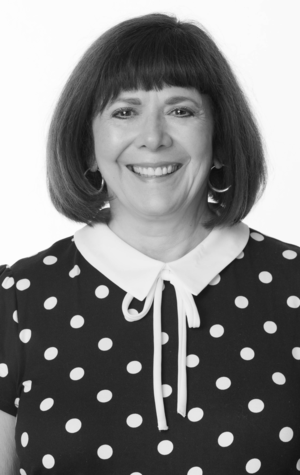 Development of Concussion Management Platform for Children and Youth: Bridging the Gap Between Research and Practice—The Back2Play App Study 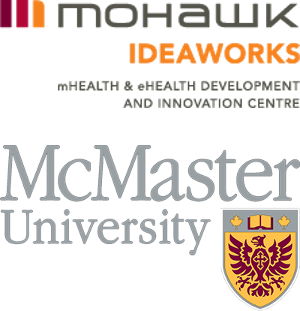 The Back to Play study aimed to evaluate if adherence to the RTA and RTS guidelines improves outcomes, such as duration of symptoms and prevention of repeat injury, in children and youth with concussion. The Back to Play study, funded by CIHR, examined 139 children aged 5-18 years with concussion up to 6 months post injury. The study was led by Prof DeMatteo with support from a team of McMaster investigators from Health, Psychology and Engineering. Participants were assessed for repeat injuries, depression levels, quality of life, length of time to return to play and school as well as parent’s and children’s perception of the new guidelines. Participants also wore accelerometers to assess physical activity levels and adherence to the guidelines. Data from this study is available here, and the final manuscript for the Back to Play study is in preparation. Essentially, it was data obtained from this longitudinal study which provided the evidence required for the 2019 update to the CanChild RTA and RTS guidelines.

Effectiveness of Return to Activity and Return to School protocols for children post-concussion: A systematic review

The need for pediatric-specific concussion management protocols on Return to School (RTS) and Return to Activity (RTA) after concussion is recognized internationally. To evaluate the effectiveness of these protocols, it must be established whether children and youth adhere to these recommendations. The objective of this study, published in the Clinical Journal of Sports Medicine, was to explore the prevalence and predictors of adherence to the RTS and RTA protocols in 139 children and youth (5-18 y/o) with concussion. Adherence was assessed using multiple sources including, the child’s and parent’s knowledge of the guidelines, research personnel evaluations, self-report of RTA and RTS Stages as well as the validated post-concussion symptom scale. Prof. DeMatteo and her team observed that 53% and 56% of children and youth adhered to the RTS and RTA protocols, respectively. In addition, the authors observed that the child’s knowledge of the protocols and total post-concussion symptom scale score significantly predicted adherence to the RTS and RTA protocols and may be the most important factor in predicting adherence during recovery from concussion.

Integration of Return to Activity and Return to School

This study, published in Frontiers in Neurology, investigates the recovery trajectories of children and youth following the RTA and RTS protocols simultaneously. Prof. DeMatteo and her team compared the rates of progression through both RTA and RTS protocols as well as the symptom trajectories to determine if integration of RTS and RTA protocols can occur without affecting recovery from concussion. This 3-year study included 139 children and youth aged 5 to 18 years old with concussion. Prof. DeMatteo and her team found that children and youth return to school quicker than they return to activity. The authors also observed that as children progress through the guidelines they experience less symptoms. Prof. DeMatteo and her team observed that 64% of youth reported experiencing school problems during recovery and 30% at symptom resolution with 31% reporting a drop in their grades. Prof. DeMatteo and her team concluded that youth can progress simultaneously through the RTS and RTA protocols during stage 1-3 without affecting their overall progress. Considering that many children experience school difficulties post-concussion, full contact sport of RTA Stage 6 should be delayed until full and successful reintegration back to school.

Concussion Management for Children has Changed

Return to Activity and Return to School are important issues in pediatric concussion management. This study, published in, Clinical Pediatrics, aimed to update the CanChild 2015 RTA and RTS protocols on the basis of empirical data, feedback collected from a prospective cohort study and a systematic review. The new protocols highlight differences from the 2015 version including: 1) Modified symptom strata (A, B or C) to accommodate those who recover more quickly, 2) A shortened rest period in Stage 1 (24 to 48 hours) accompanied by symptom-guided activity, 3) The recommendation that children progress through the stages before they are symptom free, 4) Specific activity suggestions and recommended time spend in each stage, and 5) Integration of RTS and RTA. To review the 2019 CanChild RTA and RTS guidelines in English and French click here.

Effective Rehabilitation for Children and Youth with Brain Injury: Analyzing the Evidence

Trajectories and Consequences: Long-term follow-up of children and youth and their families after acquired brain injury.

The Quality of Upper Extremity Skills Test is an outcome measure designed to evaluate movement patterns and hand function in children with cerebral palsy.

What are the criteria that distinguish children with a MTBI from those with moderate and severe injuries?

In collaboration with the College of Family physicians and the Provincial MTBI Strategy, the team will work to develop and evaluate user-friendly materials that help physicians in: identification of MTBI; recommendations for return to activity and school; referral guidelines for further services, specifically for children/youth in their practice.

Concussion/Mild Traumatic Brain Injury has been receiving warranted attention over the past 2 years, after years of the impact of concussion being minimized.

Transitions experienced by children and their families after acquired brain injury

What are the factors that influence transitions to home, school and community / recreational activities for the school-aged child with an acquired brain injury (ABI)?

Child specific Return to Activity guidelines, which are more conservative than adult guidelines, were developed to guide management when youth sustain a concussion.

Effective Rehabilitation for Children and Youth with Brain Injury: Analyzing the Evidence

Safely Returning Children and Youth to Activity after mTBI/Concussion

The decision regarding return to activity following Mild Traumatic Brain Injury (mTBI)/concussion is one of the most difficult and controversial areas in concussion management.